How To Watch Any Content On Netflix Across Countries


After a long and stressful day, probably all you would like to do is get home, have a nice bath and then curl up in front of the TV and watch something that you enjoy. That’s exactly your plan for tonight, isn’t it? Perhaps you’ll throw in a cup of coffee, tea or another beverage that you enjoy, but you’re planning on doing absolutely nothing but watching TV.

After finding out that your local cable TV doesn’t have much to offer, you get a brilliant idea to subscribe for Netflix. You have been thinking about it for a long while and the time has come to turn your thoughts into actions. How exciting, isn’t it? The mere thought of being able to watch anything you want wherever you want is enough to make you happy and turn your night off into a miraculous one.

Brace yourself, because the excitement is about to die down. No, I’m not saying that you won’t be able to register for Netflix. Unless you are living in one of the four countries that you can find here, you’ll definitely be able to successfully go through the registration process and watch some shows. Emphasis on the word “some”. 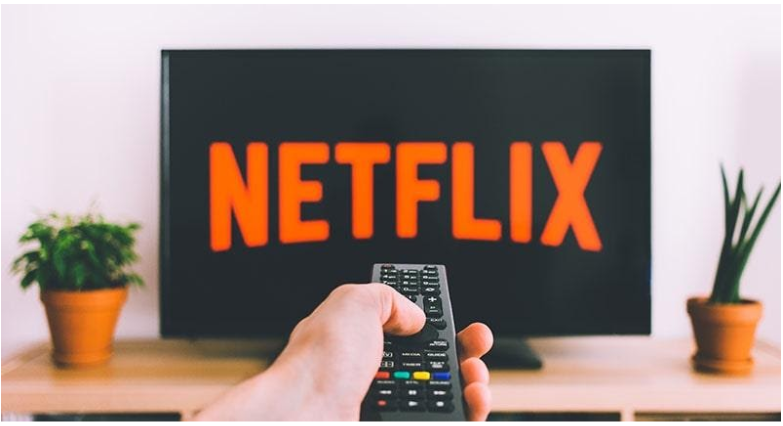 There’s the catch. That word is exactly why your excitement will die down. Once you set up your profile and start browsing the library, you’ll quickly notice that you cannot exactly watch anything you want. You might have searched for one of your favorite shows and noticed that it isn’t there. That didn’t worry you too much because you have the next favorite.

What’s that? The next favorite isn’t there either? Well, what a disappointment. Now you’re stuck paying for something while not being able to watch some of your favorite shows. Sorry, my friend, but that’s on you for not living in the USA. In case you didn’t know, every single country has a different Netflix library and, unsurprisingly, the USA has the largest one.

That means that you would be able to watch anything you want if you just moved to the United States of America. Since that’s probably not about to happen any time soon, you might get disappointed. Perhaps you could move to a nearby country where the selection of content is larger and less restricted. Would you really make such a big life decision based on the shows you like to watch, though?

I’m guessing nobody would. Oh, well, it is what it is. What can you do? You’re certainly not about to pack your bags and get on the next flight to the country that has your favorite show in its library. You’ll simply have to make your peace with it and call it an early night.

Is that really all you can do? If there only were a way to stay right where you are and simply change your Netflix country in order to watch the content that’s restricted in your area. If you could somehow temporarily be a resident of any country on Earth, so as to enjoy a nice night at home, binge watching something that you’ve wanted to see for a long time. Don’t even think about it – teleportation is out of the question.

What if I told you that there actually is a way to do exactly what you are trying to do? Stay at home and become the resident of any country in the world. Sounds impossible, doesn’t it? Well, that’s probably because you’re taking the statement too literally. There’s no way you can get papers and citizenship or anything like that, but for the purposes of watching Netflix, you can make it appear as if you teleported anywhere in the world.

The best part is, it takes only a couple of minutes. That means that your relaxing night at home is saved. You can turn that frown upside down, because I’ll teach you how to turn on that show you’ve been longing to watch even though Netflix says it’s restricted in your area. What’s restricted can very well get unrestricted, if you only know which steps to take towards that goal.

Today really is your lucky day, even though it might not have seemed that way the moment you realized that a lot of the content on Netflix is restricted in your area. It’s your lucky day because you’ll get to watch what you wanted to watch while picking up certain rather useful skills in the process. Okay, okay, I won’t turn you into a hacker or anything, but you’d be surprised to hear how many people aren’t even aware of the existence of this marvelous possibility that I am going to teach you about.

Perhaps you’ll be able to brag among your friends about this. Just don’t do it if they are tech savvies, because you’ll end up being laughed at for not knowing this earlier. Okay, here we go. It’s time to turn you into a kind of a Netflix wizard and help you watch anything you want by bypassing the imposed restrictions.

VPNs Are The Way To Go

Have you even heard about virtual private networks (VPNs) by now? I won’t get into much details, because there really is a lot you should know about these services, but I’ll tell you what you need to know for your particular purposes right now. VPNs are your key towards watching unrestricted Netflix content no matter where you live.

In case you are curious, here’s how it works: https://computer.howstuffworks.com/vpn.htm#

The idea is to make it appear as if you were watching from another country while you are lying comfortable on your bed, covered up in that fluffy blanket. When you think about it closely, VPNs are your teleportation devices that give you the benefits of teleportation without actually teleporting you anywhere. Does that sound too complicated? I’ve mentioned teleportation so many times that it’s making my head dizzy. Oh, perhaps that’s the symptom of teleportation.

Okay, okay, I’ll cut it out. Here’s what you have to know. VPNs are used to hide your IP address and your online activities from any third parties, allowing you to connect to a server in any country of your liking and pretending that you were coming from that very country. Netflix cannot recognize this little ploy and that makes watching any content possible.

I have mentioned above that the USA has the biggest library, but that doesn’t automatically mean that you need to connect to a US server. In fact, it’s much better if you connected to a closer server, because proximity impacts speed and the quality of your internet. Say you are from Sweden and you want to watch something that’s restricted in that country, but your neighbors, the Norwegians, can freely enjoy that particular content. It’s a much better idea to connect to a Norwegian server instead of a US one in that case.

I might have jumped to far ahead, though. Don’t worry, I’ll explain the whole process step by step now. As you will see, it’s not that complicated. The most complicated thing, and the one that you should pay most attention to, is to find the perfect VPN provider. There are a lot, and I mean A LOT, of those out there and you want a reliable, trustworthy and high-quality one. Do some online research and choose a VPN provider that has a great reputation and offers its services at reasonable costs.

Once you have done that, it’s time to turn on your VPN on your device of choice and look for a server to connect to. Remember, the closer the server, the higher your chances of having a great and fast connection. In any case, the connection will be 100% secure and that’s definitely what you want. More importantly, it will help you achieve your Netflix related goal.

After having connected to a server of your choice, there’s not much else that you can do. Open your Netflix and you’ll automatically be presented with the library of that country to which server you connected to. In no time, you’ll be able to say goodbye to any restrictions that might have existed before and watch any content you like. It’s like real life magic, isn’t it? Use that magic to your advantage.

iPad Keyboard Not Working? 9 Ways to Fix it Permanently

How to Track My Phone for Free Online